If my employees are infected with the Ebola Virus does Workers Compensation cover them?

The worker's compensation policy is designed to cover employee's injuries or disease  in the workplace. There are two conditions that must be met to trigger the insurance coverage. 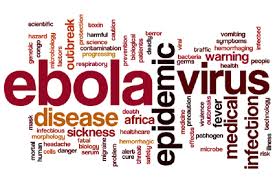 As of this morning two healthcare workers have been infected would they qualify for both conditions above, yes.  However what if your employees contract it and they are in the scope of employment however it's not an occupational hazard. That is where it gets confusing.

Qualifying an illness or disease first as occupational and secondly (though more importantly) as compensable may ultimately require industrial commission or court intervention to sort medical opinion from legal facts. There is no singular test that can be applied to every case to declare an illness or disease as compensable or non-compensable. Thus, each case stands on its own merits and encompassing circumstances.

Medical opinion leading to the conclusion that the illness is occupational is not necessarily based on the disease but the facts surrounding the patient’s sickness. Physicians will investigate:

1) compile the opinion of the treating physician and the opinions of other expert medical witnesses;

2) couple the medical evidence with the facts surrounding the case; and

3) compare the subject case with precedent to render a compensability ruling based on the facts. This process can sometimes take years.

However, What About Ebola

Judged against the qualifying factors presented, is Ebola a true workers’ compensation exposure for most employers? The short answer is, “no, not likely.” Other than the fact that this illness has garnered intense attention in the news, it is no more occupational in nature than a non-pandemic, “no-name” flu.

Unless it is shown that the employee has an increased risk of contracting Ebola because of a peculiarity of his job, this virus is not occupational. Employees working in the healthcare industry may be able to prove such increased risk as they have little choice but expose themselves to the bacteria as a regular part of their job duties. Beyond healthcare workers, not many employments will qualify for workers’ compensation protection due to Ebola.

Which Policy Responds to Qualifying Occupation Illnesses and Diseases?

Occupational illnesses and diseases have long “gestation” periods. Employees may be exposed to the harmful condition for many years before the illness manifests. It is also possible that the employee does not contract the disease until years after the exposure ends.

The workers’ compensation policy specifically states that the policy in effect at the employee’s last exposure responds to the illness — even if the employee is working for another employer at the time the disease manifests itself.

Occupational illness or disease resulting in injury tends to lend itself to litigation. Since there is rarely a definable place or time of the injury, industrial commissions and courts will likely continue to play a large role in these claims. Employees’ personal habits and medical histories will, likewise, continue to find their way into the piles of evidence as workers’ compensation carriers look for legitimate ways to deny coverage.

Contracting Ebola is a humankind exposure rather than one that is peculiar to most employments. It is unlikely that both the “occupational” and “compensable” thresholds will be crossed by the vast majority of individuals succumbing to the virus. The key question is and will remain, is the illness peculiar to the job? If not, the illness is not compensable.

Information for this article is taken from “The Insurance Professional’s Practical Guide to Workers’ Compensation: From History through Audit – Second Edition.”hub