It was reported this past week that more than two-dozen drug manufacturers are planning to raise the list price of many of their products in early 2019. On the surface this seems to be a delayed ‘slap in the face’ at President Trump who has made lowering the cost of drugs a primary objective. Many of these same manufacturers had announced back in mid-2018 that they had intended to raise prices; however, following public shaming from the White House later relented, stating that they would delay those rate hikes until 2019, and now it appears that those chickens have come home to roost.

Déjà Vu All Over Again: The Recent Ruling On the Constitutionality of the ACA & What Comes Next

The past Friday, on the eve of the last day of the 2019 Open Enrollment season for the ACA’s Federal Marketplace, Americans have found themselves, yet again, at another legal crossroads concerning health care in the United States. According to a ruling issued by U.S. District Judge Reed O’Connor, due to the elimination of the penalty surrounding the Individual Mandate as a result of the Tax Cuts and Jobs Act of 2017, the Affordable Care Act is unconstitutional. While the fall out of this decision has yet to be determined and for the time being, both Health and Human Services along with the White House have stated no immediate changes will occur as a result of this ruling, appeals have already begun and as such, the ACA will once again end up in the Supreme Court.

THE TRUMP EFFECT: A Closer Look at Why ACA Enrollment is Down & What Consumers Need to Know

As we near the end of this, the 6th Open Enrollment period since the ACA was implemented; all indicators are that the overall enrollment numbers are down. While it is easy to point to the most common reasons we might hear is the cause, a deeper dive into all factors surrounding enrollment is essential to understanding all of the various drivers of the dismal enrollment numbers.

The things that we do impact our lives. The foods we eat, how much sleep we get, exercise (or lack thereof), even what we watch on TV can have an impact on our health (both physical and mental). This isn’t news to us as most rational people recognize the correlation between our actions and our health, but what if our health insurance companies new all these details about us? Would we change our behavior if it impacted our ability to be insured or increased our health insurance rates? Or, would we simply try hiding these specific details of our life so that those that could use this information against us wouldn’t have access to it? 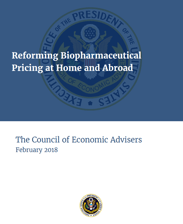 Seth Denson joins "Need to Know with Jeff Angelo" on 1040 WHO in Des Moines to discuss the Amazon, Berkshire Hathaway, JP Morgan collaboration on healthcare and its impact on the stock market.

GDP Co-Founder, Seth Denson is interviewed by Fox News anchor Jessica Rosenthal regarding Amazon, Berkshire Hathaway & JP Morgans recent annoucment that they will collaborate impact the healthcare of their employees.

Bulletin: Tax Reform & Its Impact on the Individual Mandate

Today, both the House of Representatives and the U.S. Senate are expected to pass the “Tax Cuts and Jobs Act” (recently re-named due to Senate rules related to the length of the name of the bill). While all of the details related to the new legislation will become clearer over time, one key provision that is catching quite a bit of attention (including ours) is the provision impacting the individual mandate that ALL citizens be covered by a qualified health insurance plan.

In the early hours of the morning, the U.S. Senate voted down the "Skinny Repeal" - here are our thoughts on that vote, as well as the future of healthcare reform in the United States.

Previous All posts Next